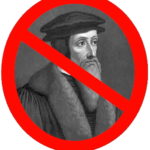 One of the many Calvinist/Reformed problems is their misunderstanding of the concept of Predestination.

When Paul is speaking to the Ephesians about them being predestinated, nothing Paul is saying is wrong (of course).  The problem arises when Calvinist/Reformed people think that this predestination that Paul speaks of is only for the Ephesians.  Everything Paul spoke to the Ephesians is true, but it also applies not only to the saved Ephesians, but to everybody else also.

Ephesians 1:4-5: “According as he hath chosen us in him before the foundation of the world, that we should be holy and without blame before him in love.  Having predestinated us unto the adoption of children by Jesus Christ to himself, according to the good pleasure of his will.”

Those saved Ephesians WERE chosen and predestined “to be holy and without blame before him in love.”  And they WERE “predestinated unto the adoption of children by Jesus Christ to himself,”  but so was everyone else that has ever lived.

Here is the problem:  Being predestined for something doesn’t mean that it is going to happen.  We are ALL predestined to be reconciled to God.  Every single person ever in history, and every single person living today, was predestined or chosen to be “IN HIM,” and “that we should be holy and without blame before him in love.”   But that doesn’t mean that we are going to be.  Most people will not “be holy and without blame before him in love.”  Why?  Not because they weren’t predestined, because they were, but because they do not BELIEVE who Jesus is and what He has done for us.  We get saved from our sins by our belief.

2 Corinthians 5:20: “Now then we are ambassadors for Christ, as though God did beseech you by us: we pray you in Christ’s stead, be ye reconciled to God.”

There is a massive misunderstanding about being PREDESTINATED.  Calvinists/Reformed people think the “Predestined” are only THEM; only certain people.  God has chosen and predestined us ALL “to be holy and without blame,” but that doesn’t mean that it is going to happen.  Just because something is “predestinated” doesn’t mean it is going to happen.  We either choose to believe on Jesus or we choose to reject Jesus,  We were all predestined to believe, but many, to their shame, choose not to believe. 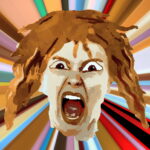 Pastor’s Notes – Get Away From Me!

“Preach the word; be instant in season, out of season; reprove, rebuke, exhort with all long suffering and doctrine.”
– 2 Timothy 4:2 –

We pray everyday that God will build his church here at River Westlake Baptist Church.  We know that God works through people, and God has inspired us to print cards with info on this new church on one side and Bible verses about salvation on the other side.

We’ve been putting these cards out in the Rocky River and Westlake areas en masse, and, praise God, there has been some response, with people contacting us for more information on the start date for services.  Maybe you are reading this right now because you got a card on your door.

However, while putting these cards on the doorsteps, we sometimes encounter people wearing masks, by themselves, outdoors.  We attempt to hand them a card and try to talk to them about the church and what God’s plan for salvation is.  In return for our concern about their eternity, we are very often greeted with “GET AWAY FROM ME!” or “GET BACK!” Or “STOP TALKING TO ME!” or “#%*@!%#&$@^*&$!# (unleashing a barrage of hate and cursing)!”

The mask has given people who already have anger against God (the God they say that they don’t believe in) more boldness and aggressiveness, to be as mean and ugly to caring strangers as possible.  The Bible warns us that this would be the case in the end times.

2 Timothy 4:1-5 (KJV) tells us very clearly that these times of anger and hatred of the Word of God would come…

“I charge thee therefore before God, and the Lord Jesus Christ, who shall judge the quick and the dead at his appearing and his kingdom; Preach the word; be instant in season, out of season; reprove, rebuke, exhort with all longsuffering and doctrine. For the time will come when they will not endure sound doctrine; but after their own lusts shall they heap to themselves teachers, having itching ears; And they shall turn away their ears from the truth, and shall be turned unto fables. But watch thou in all things, endure afflictions, do the work of an evangelist, make full proof of thy ministry.”

We know this anger is only going to get worse, but God implores us to soldier on, be long-suffering, and continue to spread His word.  It is a privilege to do so.  Praise God!.